List monster from Learn You a Haskell for Great Good! 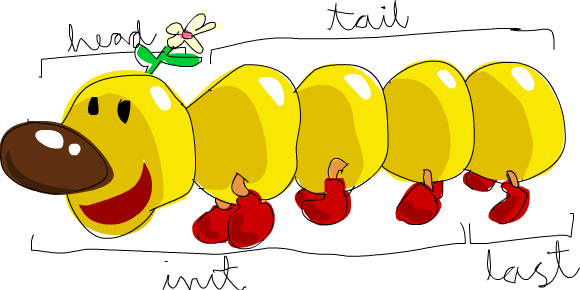 iDiff View highlights the differences between two versions of a text file.

In summary unless handled with extreme caution, threaded code tends to lead to impossible to reproduce bugs - it’s non deterministic - you only find out there’s a problem when you see the crash reports.

Many Swift developers will reach for map when they want to transform the elements of an array:

however fewer developers use map with an Optional:

This is only of limited interest for Optional as Swift has simpler built-in syntax for handling such cases.

The Swift standard library includes zip which creates a single array containing two element tuples from two arrays. However I wanted to zip three arrays of previous, next and current values. With open-source Swift it was straight-forward to examine the standard library implementation of zip and create Zip3 :-